Travel Blog » Can You Get Compensation for Cancelled Flights?

Can You Get Compensation for Cancelled Flights? 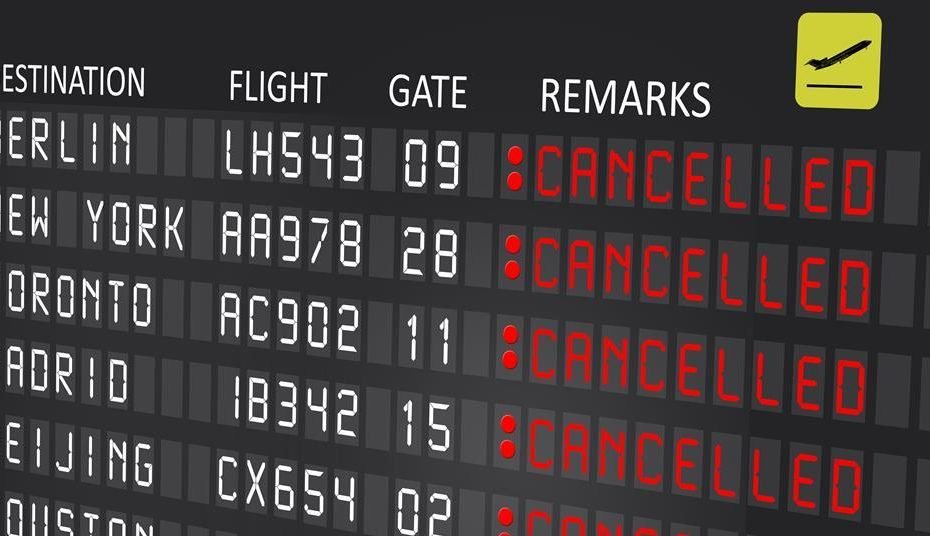 Business and holiday travelers get terribly disappointed when they come to know through phone calls that their scheduled flight has been postponed or there has been a flight cancellation prior to departure due to some unavoidable circumstances.

It may mean missing a connecting flight or rescheduling important business meetings, rebooking hotels, or revisiting holiday plans as per new travel dates. This affects not only your schedules but also the plans of your family, friends, and colleagues.

We must understand that no airline would willingly cancel or delay a flight unless the circumstances are unavoidable; as it means incurring a loss, dealing with complaints, and paying the cancellation compensation to passengers who are unable to reach their destination. The reasons for an airline to need to delay or cancel a flight are:

What to do when your flight was delayed?

In case you get some notification about your flight being delayed, the first thing you need to do is to reconfirm the same with the airline and ask them for the revised schedule of your flight. The rules for dealing with a flight delay compensation or flight cancellation recompense differ from airline to airline and also depend on whether it is a domestic or international flight.

If your flight has been delayed, look for other flights to the same destination. This is especially for those who cannot afford to miss their connecting flight or the business meeting scheduled at their destination.

Informing the travel agent who has made all your bookings about the flight delay can be a good practice. This will help them apply for flight delay compensation, reorganize your itinerary for future travel, and modify your hotel bookings as required.

In what cases can you get flight delay compensation?

Delays due to air traffic control, adverse weather conditions, or acts of God are not covered under-compensation. Every airline has its own policy with regard to compensating passengers for delays. Certain airlines may offer to reimburse your flight tickets or provide you with an alternative booking without any extra charges on other flights operated by them or other airlines.

The US airlines are not liable by law to offer any flight delay compensation, in case of tarmac delays, too. They are, however, required to provide food and water and make toilet facilities available in case the delay is more than 2 hours.

Differences between U.S. and EU Regulations regarding delays and flight cancel compensation

Flight delays are governed by a different set of rules in The US and the European Union. While the US is seldom pro-customer, it does not have any specific guidelines for dealing with delays; the EU has a regulation known as EU261 to deal specifically with the rights of air passengers regarding flight delay compensation and flight cancel compensation.

Delays in the US

In the United States, airlines are not liable to compensate passengers for flight delays, whether it is due to adverse weather, air traffic delays, or mechanical issues. Some airlines may offer passengers present at the airport complimentary food and drinks, along with hotel accommodation, if the delay is expected to be more than a few hours or even overnight.

In case of a flight delay, one should look out for notifications from airlines on the delays. US DOT regulations require airlines to update passengers within 30 minutes of any changes regarding the delay.

The European Union aviation authorities have passenger-friendly guidelines regarding delays as compared to their US counterparts. As per EU law, if you have a flight delay, you are eligible for compensation. EU Airlines are also responsible for providing airline assistance, refund, and a return flight whatever is applicable based on the hours of flight delay and flight distance.

Under EU passenger rights, you are entitled to flight delay compensation and flight cancel compensation in various scenarios. Know your rights by visiting the official website explaining EC261 Regulation.

Both MC99 and EC 261 regulations were established for protecting passenger rights. They had laid down the rules for air carrier liability. As per EC 261, passengers are eligible to receive compensation if their flight is delayed, canceled, or if he/she is denied boarding. The EC261 Regulation is applicable to all flights from EU airports, and all flights to EU airports operated by EU-based carriers. According to EU261, you will be entitled to a flight delay compensation if the airline did not inform you on time about the delay.

How to claim flight delay compensation for a delayed flight?

Under EU laws, you are eligible for compensation if the flight is delayed over 3 hours and also compensation for canceled flights. You need to file a compensation claim for flight delay by filling a form with the required details and send it to the airline via email after scanning it. You can do so once you have arrived at your final destination. If you don’t get a reply within 2 months, you can send your complaint to the National Enforcement Body. You can also go to the online Dispute Resolution platform or out-of-court dispute resolution bodies.

While extreme weather or mechanical failures may cause unavoidable delays, do not hesitate to file flight delay compensation if your airline is liable by law to pay it. Though there is no such rule for compensating passengers for flight delays in the US, the EU has regulations to protect the rights of the flyers. In the US, flight delay compensation is not mandated by US Law and depends on the airlines’ policies. However, if you feel that the delay was avoidable and is due to a lapse in the airline’s procedures, you can get compensation from the airline according to the Montreal Convention (MC99) or take up the same in court as well.